If John Paul was everybody’s favorite uncle, Benedict has been the wise, kindly grandfather 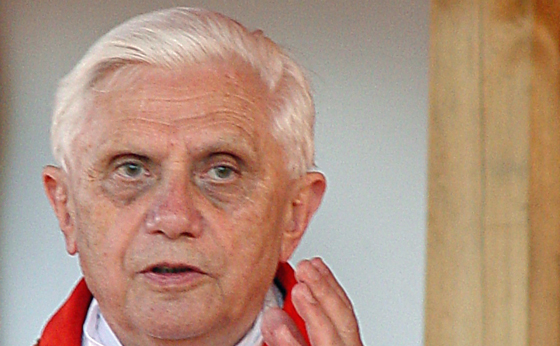 In the days after Pope Benedict XVI’s announcement that he was resigning from office, some Catholics asked why a pope is not bound to serve for life. The usual argument ran, “If an ordained priest is a priest forever, shouldn’t a pope be a pope forever, too?” The short answer to that question is, “No.” A man becomes a priest through the sacrament of Holy Orders. The sacrament has an effect on the man’s soul that can never be removed. The papacy is not a sacrament, it is an office—a job—just like being pastor of a parish or bishop of a diocese. A pastor or a bishop can resign their office. (They may also be removed by their superior.) In the hierarchy of the Catholic Church, the pope’s only superior, the only one to whom he is answerable, is Almighty God. No one on earth has the authority to remove a pope except the pope. And it is a perfectly legitimate decision, sanctioned by Canon Law: “If it happens that the Roman Pontiff resigns his office, it is required for validity that the resignation is made freely and properly manifested but not that it is accepted by anyone.” (Canon 332.2)

For this reason the popular Catholic blogger, Father John Zuhlsdorf (better known as Fr. Z) prefers “abdication” to “resignation.” “Resignations are accepted by someone,” he wrote in a post on February 13, 2013. “Abdications are not.” He has a point. Nonetheless, Canon 332 uses the term “resign.” It’s interesting to note that in his announcement, Pope Benedict did not use abdicate or resign: he said, “I renounce the ministry of Bishop of Rome, Successor of Saint Peter.”

Although Papal resignation is, as we have seen, legitimate, in practice it is quite rare. More than six hundred years separated Pope Benedict XVI’s resignation and that of the last pope who resigned.

Not only is papal resignation a rarity, but for the modern Catholic it may be hard to fathom a pope choosing to retire due to poor health after witnessing the suffering Pope John Paul II endured.

John Paul was at ease in the spotlight, and perhaps even sought it out. He had stage presence. He had a larger-than-life personality that millions, perhaps billions, of people across the globe found attractive—and thanks to satellites and the Internet, he was the first pope who could get his message to billions of people. He waded into the great issues of his time—human rights, Communism, abortion...

Benedict has been a different type of pope. He does not seek the spotlight, and when he is in it, he does not appear to be entirely at ease there. He is more retiring, more low-key than his predecessor. Like John Paul, Benedict is a champion of traditional Catholicism, as he proved in 2007 when he published the motu proprio, Summorum Pontificum, which recognized the right of all Catholic priests to offer the traditional Latin Mass and of all the Catholic faithful to attend what has become known as the Extraordinary Form of the Mass. And as one would expect from the man who directed the Congregation for the Doctrine of the Faith for twenty-four years, Benedict is a theologian, deeply interested in bringing to the world the truths of the Catholic faith, it all their fullness. If John Paul was everybody’s favorite uncle, Benedict has been the wise, kindly grandfather.

Perhaps the sharpest contrast between the two popes appears at the end of their papacies. Since at least 1994, John Paul had contemplated stepping down if his health made it impossible for him to serve the Church as he had formerly. When he was diagnosed with Parkinson’s Disease, a serious, incurable illness that would petrify his features, virtually rob him completely of his ability to speak and to walk, and twist his body into a permanent slouch, it appeared that he had met the standard he had set for himself. Instead of resigning, however, John Paul resolved to stay in office. Furthermore, he continued to appear in public, even as he endured the final stages of the disease that ultimately took his life.

John Paul’s decision was not some desperate attempt to hold on to power, but an opportunity to teach the entire world a vital lesson. In Salvifici Doloris in 1984 he wrote, “Human suffering evokes compassion; it also evokes respect, and in its own way it intimidates.” Ten years later, John Paul told his household that he had been inspired by God to change the way he led the Church. “I must lead her with suffering,” he said. “The Pope must suffer so that every family and the world should see that there is, I would say, a higher gospel: the gospel of suffering, with which one must prepare the future.”

John Paul was prepared to make himself a living crucifix, enduring his pain and humiliation in public as Christ had when he hung dying on the cross. John Paul delivered a twofold message to the world: first, that suffering is part of the human condition and so it deserves our respect as well as our compassion; second, that life cannot be measured by its “quality,” nor if the suffering individual is “useful”—these definitions had contributed to what John Paul characterized as the modern world’s “culture of death.” By his very public sufferings, John Paul taught the world that life is an absolute good, that it has value in itself. And so, the pope united his sufferings with the sufferings of his Savior, giving the world an unforgettable lesson of how to live, how to endure, how to die.

Excerpted from Thomas J. Craughwell's Popes Who Resigned: Benedict XVI and 13 Other Popes Who Retired (or Were Deposed) from TAN Books. Available in Kindle, Nook, and other eReader formats.