Having come down from Heaven, Jesus knew the lives of children are endowed from Heaven 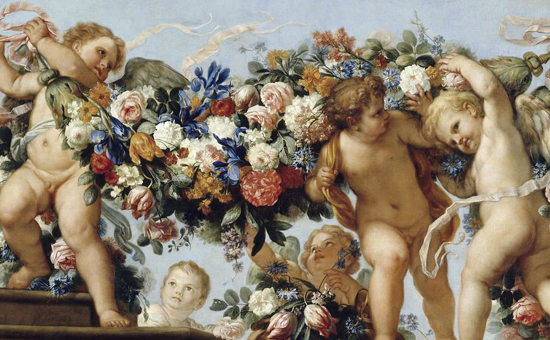 Liturgical readings in the Easter season often couple the Book of the Acts of the Apostles with the Book of Revelation. They are so different that at first you might think it is like putting a history of Dutch New Amsterdam alongside a science fiction novel. The Acts seem so human, with charming details, such as the fine needlework done by Dorcas (Acts 9:36-42). There is none of that in the Revelation of St. John. But think again: Dorcas the seamstress was raised from the dead. That is as astonishing as St. John’s descriptions of Heaven, which, since they are being filtered from eternity into time, seem almost like hallucinations.

St. John was not given to fantasizing, but he was shown truths of which the most bizarre fantasies are frail shadows. The very practical historical details in the Book of Acts are but the other side of the coin of the great mysteries privileged to Saint John. They are clues to a more solid world than this perishable one in which mortal eyes can only see “through a glass darkly” (1 Corinthians 13:12). There is a biological parallel to this in the way a baby can see only shades of gray at birth, with between 20/200 and 20/400 vision. After three months, the baby can recognize faces even at a distance and can tell bright colors. In Heaven, there are no pastels but all is bright, like the primary colors of a “rainbow shining through an emerald” (Revelation 4:3). If Saint John’s description seems confused, it is because human words cannot diagram the grammar of Heaven.

Socrates, whose mother was a midwife, described education as something like bringing eternal wisdom out from latency into articulate consciousness. A new baby can look very old, and Socrates sensed that the life of this little one was coaxed from eternity into this mortal world. The teacher, acting as a midwife (maieutikos), lets hidden knowledge breathe.

Having come down from Heaven, Jesus shot his sharpest language at those who would harm the littlest children who lives are endowed from Heaven. Even selfish people with a shred of conscience need verbal fig leaves, euphemisms, to cover their shame when they sanction unholy acts against life. Sometimes they call babies killed in “partial-birth” abortions “viable fetuses.” On April 18, the New York Times referred to newborn babies murdered by an abortionist as “neonates.” You might then call Herod’s Massacre of the Innocents, the Termination of the Neonates. But the same issue of that newspaper, in an article on page 24 about diaper training, spoke of “babies” as did an Op-Ed essay on gun control. Our Lord knows more about it than we do, and that is why He said “See that you do not despise one of these little ones. For I tell you that in heaven their angels always see the face of my Father who is in heaven” (Matthew 18:10).