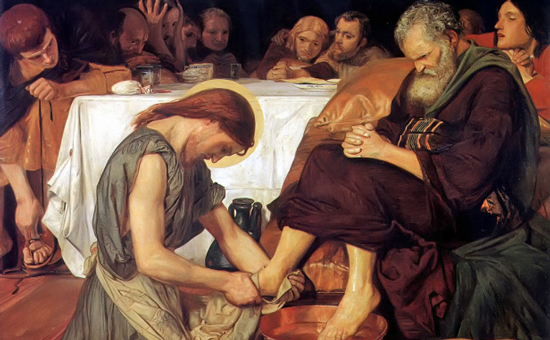 Following Pentecost, the Apostles discussed whether someone had to become a Jew to be a Christian. It seems an odd problem for us today, but everything was new then, and even the term “Christian” was not used until a significant number of believers had been baptized in Antioch, a city in Turkey near the modern city of Antakya. Christ (the name is a Greek form of “Messiah”) sent his followers out to convert “all nations,” and he promised that the Holy Spirit would show them what to do.

After the Holy Spirit came down on the Apostles at Pentecost, the prime question of Judaic observance was debated. Paul and Barnabas went to Jerusalem and consulted with the other Apostles. This was a hint of how the Church was to resolve matters in great Councils. Given the stolid temperament and vivid personalities of the Apostles, the term “debated” might be an understatement. But they remembered that the Risen Lord had promised that his “Paraclete” would guide them. Only rarely does ancient Greek use that term, as when the orator Demosthenes used it for a sort of legal advocate, and not necessarily an ethical one at that. But Christ makes it mean the Third Person of the Holy Trinity. How the Apostles were helped by this divine Helper is not said, but they sent their decision to the scattered Christians, beginning with the words “It is the decision of the Holy Spirit and of us.”

To claim private guidance from the Holy Spirit that departs from what has inspired the collective agreement of the successors of the Apostles, would be to confuse personal opinion with divine truth. But the Holy Spirit does help us in the ways of truth every day. Sometimes he even works through children: “. . . and a little child shall lead them” (Isaiah 11:6). The birth of a child may convert a parent to more intense faith, or a child's First Communion may inspire a young father to return to Confession. The Holy Spirit works through encounters that are often unnoticed. Yogi Berra, not to be underestimated as a philosopher, said, “Some things are just too coincidental to be a coincidence.”

Our Lord requires of us only “meekness” to be helped by the Holy Spirit. The spiritually “meek” are not milquetoasts, or spineless wimps. The Greek praus for “meek” means controlled strength, a suppleness like that of an athlete. Without praus, a surfer would stand stiff and soon fall off the surfboard, and a boxer would be knocked out with the first punch without agile footwork. God calls the arrogant, who will not bend their opinions to his truth, a “stiff-necked people” (Exodus 32:9). Arrogance, as the opposite of meekness, is spiritual arthritis. Get rid of that moral stiffness, and then “The Advocate, the Holy Spirit, whom the Father will send in my name, will teach you everything and remind you of all that I told you” (John 14:26).