In search of Theophilus 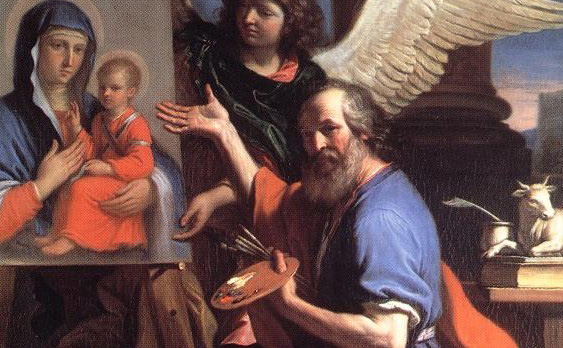 The lyrical name Theophilus, which as Theophilos is Greek for Lover of God, is not a common name today. It does not seem ever to have been very popular. Looking through occidental eyes, the first governor of the New Haven Colony in the seventeenth century was Theophilus Eaton. In England Theophilus Cibber was a Shakespearian actor of the eighteenth century until he drowned off the Scottish coast in a shipwreck. His more celebrated contemporary, Mozart, had Theophilus as one of his baptismal names along with Johannes Chrysostomus Wolfgangus: Amadeus (like Gottlieb) is a variant of Theophilus. As a Confederate general, the name of Theophilus Holmes must have impressed his troops and daunted his enemies. Theophilus Van Kennel of Philadelphia patented the revolving door in 1888, without which much of Manhattan would be at a near standstill today. In the 1960’s, Theophilus Connor was the segregationist Commissioner of Public Safety in Birmingham, Alabama who preferred to be called “Bull” Connor, and there is a ”Hip-Hop” singer from Brooklyn named Theophilus London who uses his name to endorse Bushmill whiskey. The eponymous character in Thornton Wilder’s last novel “Theophilus North” may have been based in part on the author himself. Farther back, there were a Benedictine monk named Theophilus who wrote volumes on metallurgy and painting in the eleventh century, an iconoclastic Byzantine emperor and also an astrologer of Edessa in the eighth century, and a fourth century patriarch of Alexandria in Egypt. An impact crater on our moon is named Theophilus.

What matters is that Saint Luke addressed his account of the Gospel and his Acts of the Apostle to Theophilus. The two quite certainly were meant to be of one whole, and Luke was well aware that what he was recording was not his invention but a treasure of which he was only steward and scribe. As with all four Evangelists, is really not proper, then, to call “Luke’s Gospel” what is in fact “the Gospel According to Luke.”

Who was Theophilus? The Copts, who know Egyptian history, are certain that he was a Jew of Alexandria. If he was the Sadducean high priest Theophilus ben Ananus, brother-in-law of the high priest Caiaphas, co-conspirator in the Crucifixion, this would explain some of Luke’s emphases on the temple rites, the Master’s dialogues with the Sadducees, and Luke’s emphasis on angels and resurrection of the dead which the Sadducees denied. This Theophilus had a granddaughter who may have be the Joanna whom Luke mentions (Luke 8:3) and who saw the Risen Lord (Luke 24:10). Luke refers to “those who from the beginning were eyewitnesses” and intends to explain for Theophilus “the things of which you have been informed.” (Luke 1:4)

Others may argue that Theophilus must have been a Roman official since he is addressed according to the protocol form for such: “Most Excellent.” Saint Paul addresses Festus that way when Festus sputtered that Paul must have been mad (Acts 26:25) , and so does a certain “spokesman” for the high priest Ananus and the Jewish elders, named Tertullus, when he represents them to Felix (Acts 24:2). Here, Tertullus plays a sort of Wally Cleaver as he softens up the Roman governor in good Ciceronic rhetorical fashion before accusing Paul: “Since through you we enjoy much peace, and since by your provision, most excellent Felix, reforms are introduced on behalf of this nation, in every way and everywhere we accept this will all gratitude.” Felix was too cynical a Roman to fall for the flattery, although he did not mind bathing in it, and he left Paul in prison “desiring to do the Jews a favor.” (Acts 24:27)

More enticingly, this “Most Excellent” Lover of God could have been Titus Flavius Sabinues II, an older brother of the future Emperor Vespasian and a relative of Pomponia Graecina, wife of the general Aulus Plautius, conqueror of Britain and its first governor. Alus Pautius had launched his invasion of Britain from northern Gaul in quite a feat, overcoming a rebellion among his troops, and transporting lots of elephants across what we now call the English Channel in AD 43. Massive defenses unearthed in 2008 in Richborough confirm the long disputed location of his landing at modern Richborough. Such a man would have had a strong wife and Pomponia Graecina was one, given her survival after many family political intrigues in the Julio-Claudian dynasty. Her son was killed by Nero whose mother Agrippina fell in love with him and wanted him to subvert her own son. On top of that, when Claudius executed a close relative Julia, she walked about for decade in open mourning. She was accused of belonging to a “foreign superstition”, which was code for Christianity, and used her political connections to assist Paul in prison when Luke was with him. She may have encouraged Luke to appeal to Titus Flavius Sabinus.

Or, Luke may have just been using Theophilus as an elegant generic name to stand for no particular individual but for anyone who wants “an orderly account” from this man who had “followed all things closely for some time past” (Luke 1:3). This meticulous history enhanced by Luke’s artistic eye, makes clear that these events happened, woven in an and out of the daily drama of existence and changing the world. Luke had the singular advantage of having the Mother of God as his most important research assistant, along with Peter who was one with Luke in sticking to the facts. Peter had not the polish of the Greco-Syrian physician, but he had been closer to the events and energized Luke with his own integrity with facts: “For we did not follow cleverly devised myths when we made known to you the power and coming of our Lord Jesus Christ, but we were eyewitnesses of His majesty” (2 Pt 1:16).

I write this as I drink tea from a mug inscribed with Blessed John Henry Newman’s words from his “Development of Christian Doctrine” and which made him a spiritual brother to the chronicler Luke: “To be deep in history is to cease to be a Protestant.” There were no Protestants so-called when Luke roamed much of the known world, but he had already contended with Sadducees and would soon meet Gnostics and Cynics. Theophilus is anyone who keeps his head above the muddied waters of private conceit, and is willing to consider that Christ is the truth if the sources and progress of the Church are true. Whoever Theophilus is, or in whatever generation Theophilus lives, Luke will use history to show him the Lord of History.