A closer look at the false prophecies of Maria Divine Mercy 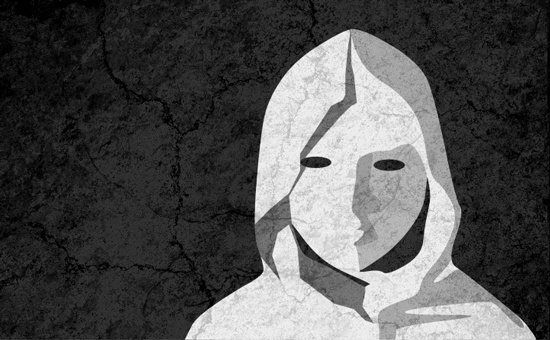 The following is a preliminary application of the norms for evaluating reported private revelations (established by the Congregation for the Doctrine of Faith, November, 1974) to the reported messages of the woman who refers to herself as “Maria Divine Mercy.” Having previously served on several theological commissions of investigation internationally for appropriate Church authorities, I will follow, in a succinct form, the same method of analysis and evaluation that is standard for an official Church investigation.

Let us therefore briefly examine the reported messages and relevant actions of “Maria Divine Mercy” in light of the Church’s foundational criteria for authenticity.

As the renowned French Mariologist, Fr. René Laurentin has aptly summarized, the norms for Church evaluation of a reported private revelation can be synthesized into the following three fundamental criteria:


Unfortunately, the messages of Maria Divine Mercy, as well as the actions of the alleged seer, contain numerous and grave theological, historical and factual errors throughout the over 650 alleged messages—errors which contradict the doctrinal teachings of the Catholic Church, the mystical tradition of authentic Catholic private revelation, its own self-contained predictions, and the typical spiritual fruits of peace, charity, and joy that comes with a true heavenly message.

Just a few samples of these widespread and serious errors are as follows:

1. The assertion that Pope Benedict XVI was the “last true Pope on earth” and “the next Pope” will be the “False Prophet”

“My beloved Pope Benedict XVI is the last true Pope on earth…. The next Pope may be elected by members within the Catholic Church, but he will be the False Prophet” (April 12, 2012).

The message directly contradicts Catholic teaching as to the legitimacy of a validly elected Pope. The message implies that an “anti-pope” can come from a valid conclave, which constitutes a false or “heretical” position. The alleged message goes on to claim, by deduction, that Pope Francis is in fact the “False Prophet.” All of this is a reprehensible rejection of Catholic councils, catechisms, and canon law on the legitimacy of a validly elected Pope and the proper response of a “religious assent of mind and heart to the manifest mind of the pope, even when he is not speaking infallibly” (Second Vatican Council, Lumen Gentium, 25), which every member of the Catholic faithful is obliged to offer to the present Holy Father.

This erroneous message is extremely dangerous for any member of the Catholic Church, as it runs the risk of leading to formal “schism” or separation with the Catholic Church, which is the “refusal of submission to the Supreme Pontiff or of communion with the members of the Church subject to him” (Code of Canon Law [CIC] n. 751). A choice of schism for any Catholic tragically results in excommunication and the inability to receive the sacraments (see CIC 1364.1).

Not only does this erroneous message reject the true pontificate of Pope Francis, but it also rejects a proper respect of the pontificate of Pope Benedict XVI as well, as Pope Benedict vowed his submission to the next pontiff on the day of his voluntary resignation (not forced “ousting” as purported by the alleged message) on February 28, 2013, and also again vowed his unreserved obedience to Pope Francis before his very presence during their historic joint meeting on March 23, 2013.

2. A form of the heresy known as Millenarianism is present in several instances of the alleged messages

The Catholic Church has rightly condemned Millenarianism and the concept of a literal 1000 year period during which Jesus would reign over an earthly paradise (see Catechism of the Catholic Church, n. 676). The concept of a 1000 years of earthly existence without a visible pope on earth is in practical violation of the Petrine promise of Jesus (cf. Mt. 16:15-20), as well as being absolutely unsustainable from the sources of Divine Revelation. This alleged prophecy appears to be an extremist interpretation of various papal prophecies, rather than anything acceptable by a faithful Catholic.

3. Denial of the importance of Church evaluation of alleged message

This perspective cannot be considered consistent with authentic Catholic private revelation, which always directs the true seer to submit their messages to the proper Church authority, even when Heaven knew that the messages would not be immediately accepted by the relevant Church authority on the first occasion of submission (as seen, for example, at Guadalupe with St. Juan Diego, and at Lourdes with St. Bernadette).

4. Alleged seer’s refusal to identify and present herself to local Church authority for appropriate Church theological, psychological and scientific evaluation, while at the same time internationally distributing alleged messages via the internet and printed texts.

Similar though distinct from the above category, the seer, while publicly distributing these alleged messages as true supernatural messages from heaven, refuses to submit herself and respond in obedience to her local Church authority for proper discernment of authenticity. The seer operates from the region of Dublin, Ireland, and therefore should have submitted her messages, as well as her person, for proper ecclesiastical examination by the Archdiocese of Dublin.

The refusal to the seer to submit herself obediently to legitimate Church authority for proper discernment eliminates the possibility to incorporate the second criteria for evaluating authenticity, i.e., the concurring phenomena that typically accompany a true supernatural communication. Jesus is the Light of the world and calls those in his service into the light. His Adversary, conversely, operates from the darkness.

For example, in stating that the Heavenly Father “comes in the name of Jesus” rather than Jesus, who comes in the name of the Father, or the Father coming in his own name. These assertions lead to confusion and are contrary to classic Trinitarian formulation. Moreover, statements which defend the “confusion” present in the messages by claiming, for example, that “love is confusing” (Message 45) are also antithetical to the character of authentic prophecy. Jesus speaks with a profound simplicity and clarity; Satan fosters confusion.

6. Unfulfilled dated prediction of the “Warning” to have happened within “a few months” after May 31, 2011.

7. Absence of the authentic Christian fruits of spiritual peace, joy, and trust, and charity; and, in their place, manifestations of greater fear, anxiety, and dominant negativity

Fear-producing tones of divine retribution, anger, justice, and, disaster are the principal themes placed into the alleged words of God the Father and Jesus. The alleged messages are replete with negative exhortatory rants of condemnation and judgment in words and expressions which gravely misrepresent the infinite mercy and love of the Father and of the Son. For example, alleged messages from Jesus stating “Those of you who say that you follow My Teachings, but who want laws changed to condone acts, which are sinful in My Eyes, get out of My Church now”; or the Heavenly Father alleging speaking about sending souls to Hell where they “will rip their eyes out” are not in a continuity with other authentic messages of Jesus and of God the Father.

Even when Jesus, God the Father, and Mary have had to convey messages which include strong statements of conditional upcoming chastisement and purification (which are present, for example, in the authentic messages of Divine Mercy and Fatima) these messages are always conveyed in the overall tone and context of peace, love, encouragement, and even joy. These appropriate spiritual characteristics and their corresponding fruits spiritual are substantially absent from the alleged messages, and also seemingly absent from a significant number of the proponents of the alleged message.

With such blatant theological and factual errors present in the alleged messages of “Maria Divine Mercy,” how and why can these alleged messages continue to have such an extended readership among many Catholics of good will, the majority of whom maintain a commitment of obedience to the Church’s Magisterium, as well as possessing a particular and true Marian devotion?

It is precisely because the alleged messages contain some elements which many readers can recognize to be true in evaluating the contemporary “signs of the times” (an evaluation called for by the Second Vatican Council, Gaudium et Spes, n.4): widespread crises of faith and morals within the Catholic Church and throughout global society; unprecedented global economic and social crises; ubiquitous geo-political conflicts in the Middle East and beyond; unprecedented natural disasters; proximate possibilities of nuclear weapon use in North Korea, Iran, Pakistan, etc.

To recognize and acknowledge the historic and challenging times in which we live is absolutely acceptable, and in my opinion, an honest and accurate assessment of the contemporary “signs of the times.” To accept an alleged message immersed in theological error and Church disobedience is a grave and dangerous error.

There is a substantial moral difference between acknowledging the serious global indicators which call the world to urgent conversion, and thereby to accept God’s infinite mercy by faithfully responding to the legitimate supernatural messages of Jesus and Mary to contemporary humanity, which understandably include divine “warnings,” both universal and individual; and, on the other hand, to accept and cooperate with a false message which usurps the authentic contemporary messages of Jesus and Mary, and consequently contaminates them with false directives towards disobedience to Pope Francis and legitimate Church authority, rejection of classic Catholic dogma and the precedence of the Church’s true mystical tradition, and encourages a fear and anxiety based response to the world’s present global situation.

The single greatest danger present in this false message, in my opinion, is the alleged justification for Catholics to place an individual false revelation over the God-given authority of the present Pope as the Vicar of Christ on earth.

Ironically, the alleged message predicts an upcoming schism in the Church. This could well become a self-fulfilling prophecy, a Satanic goal and strategy, which could result, in some part, from the following of extremely dangerous and materially schismatic messages such as those promulgated by “Maria Divine Mercy.”

It is realistic, in my opinion, during our contemporary experience of challenge and change presently being experienced in the Church and in the world, to expect even more false messages in the times to come—false messages intermixed with true content--which serve the diabolical goal to distract us from authentic Church authority and doctrine, and from Heaven’s authentic message for our age. This can only be countered and remedied by a renewed commitment of obedience to our Holy Father, Pope Francis, and to all legitimate Church authority.

Let us jointly and fervently pray for our beloved Holy Father, Pope Francis; for our holy Catholic Church; for the Triumph of Divine Mercy and the Immaculate Heart of Mary as found in authentic contemporary messages of Jesus and Mary; and for the peaceful conversion and reconciliation of the alleged seer and all her present supporters into the heart, obedience, and unity of the Church.

Dr. Miravalle is Professor of Theology and Mariology at Franciscan University of Steubenville. Illustration by Penny Mathews.