Our Lord entered Jerusalem to battle more than a human enemy 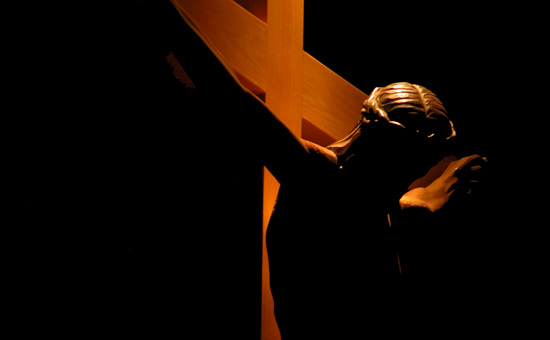 There is a moral difference between sight and perception, just as there is between height and stature. Someone with 20/20 vision may be blind to reality, and a very tall man may be a moral midget. There is also a difference between clock time, which measures days, and moral time which measures destiny. When Christ said, “The hour has come for the Son of Man to be glorified” (John 12:23), He was not looking at an hour glass but at the Cross. That is why he prayed, “Yet what should I say? ‘Father save me from this hour’? But it was for this purpose that I came to this hour” (John 12:27).

Time can drag when there is nothing to do, but it speeds by when there is a goal to be met. In His human nature, Christ was “troubled” because he could anticipate the physical pain ahead, and He knew that it would peak chronologically at High Noon on Friday, but his moral victory was already secured in another kind of time: “Now is the time of judgment on this world; now the ruler of this world will be driven out” (John 12:31). Satan, of whom He speaks, had tried to block this hour because he thinks only in terms of daily existence rather than eternal life.

From this perspective, our Lord meant more than physical distance when he spoke of going “up” to Jerusalem. The Sea of Galilee is about 700 feet below sea level, the lowest fresh-water lake in the world. Jerusalem is 2500 feet above sea level, and the “hill” of Calvary added a few more feet to that, and the Cross was high on top of that hill. But He would be lifted beyond measure: “And when I am lifted up from the earth, I will draw everyone to myself” (John 12:32).

The paradox of Christ's Passion is that he had to go down in order to go up: “Unless a grain of wheat falls to the ground and dies, it remains just a grain of wheat; but if it dies, it produces much fruit” (John 12:24). He spoke shockingly of losing our life if we love it and preserving it for eternal life if we hate it (cf. John 12:25). By hatred He meant neglect of the moral measure of what we are. To try to preserve existence and attain great heights without risking our lives and being humbled for the sake of love, is simply to shrivel up. In a spiritual journal that George Washington faithfully kept, he prayed for protection against “an unwillingness to depart this life” which would cast him “into a spiritual slumber.”

Our Lord entered Jerusalem to battle more than a human enemy, and on an immeasurable scale he won the greatest of all victories when the Hour came.

Father Rutler is Pastor of the Church of Our Saviour in New York City. Illustration by Roman Koltuniuk.