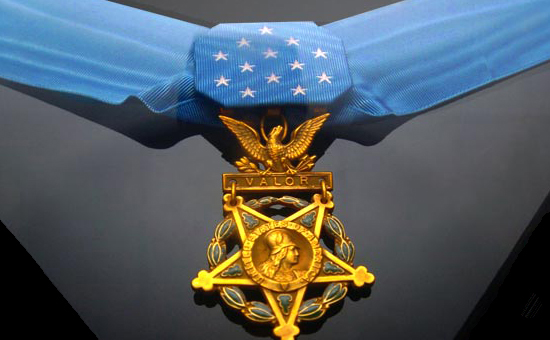 Our Risen Lord told Peter, “Feed my lambs. Tend my sheep. Feed my sheep.” (John 21:15-17) That has been the happy burden of all Peter's successors, the popes, and of all who are baptized into Christ. The Holy Church has recently begun the process for the possible canonization of Father Emil Kapaun, a priest born in Kansas, whose heroic efforts to care for the flock as a military chaplain were recognized on April 11, when he was given posthumously the Medal of Honor. The citation described his “conspicuous gallantry and intrepidity at the risk of his life above and beyond the call of duty.” He died in a Chinese Communist prison camp in North Korea where he fed and nursed his starving fellow soldiers, foraging by night, finding only grass and bird seed. More than that, Fr. Kapaun managed to nourish his impoverished flock with the Sacraments.

On the day of the Medal of Honor ceremony in the White House, the abortionist Kermit Gosnell was on trial in Philadelphia, charged on eight counts of murder, including one adult and seven newborn infants who had survived their abortions. One of his “medical” assistants had already testified to having “snipped the spines” of more than a hundred babies. The silence of much of the media was wordlessly portrayed by a photograph of a nearly vacant press section at the courthouse. Quite obviously, many are made uncomfortable by the way that this case represents the logical denouement of the perverse logic of our “Culture of Death” ever since the Supreme Court’s Roe v. Wade decision. What happened in Gosnell’s house of horrors has in fact been defended theoretically by some “ethicists” who hold positions in our universities, and many of our nation’s highest officials have defended “partial-birth abortion.”

The misuse of reason can rationalize contempt for life, just as happened in the Weimar Republic when the jurist Karl Binding and the psychiatrist Alfred Hoche published their defense of killing unwanted people: Die Freigabe der Vernichtung lebensunwerten Lebens (“Allowing the Destruction of Life Unworthy of Living”). Binding died in 1920 when the book was published, but Hoche lived until 1943 after privately objecting to the “euthanizing” of one of his own relatives by the Nazis who had read his book.

As man has a free will, he is free to feed the littlest lambs or to cut their throats, to tend the sheep or to kill them, to be a Father Kapaun or a Doctor Gosnell. Society is also free to redefine reality, to contracept life, and to redefine marriage in terms of civil rights rather than natural law, and to justify the killing of the innocent as a “personal choice.” Choices have consequences, and bad choices have bad consequences. When the equivalent of the media in Old Jerusalem, “the council and all the senate of Israel,” ordered Peter and the apostles to be silent, they replied, “We must obey God rather than men” (Acts 5:29).