The New York Times is right: Pope Francis is a doctrinal conservative in the mold of Pope Benedict XVI 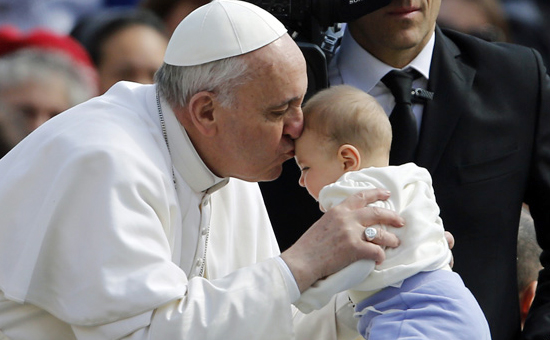 The New York Times' first piece on Pope Francis, published within hours of his election, described him as, “A doctrinal conservative [who] has opposed liberation theology, abortion, gay marriage and the ordination of women, standing with his predecessor in holding largely traditional views.”

The Times’ assessment of Francis is correct. As archbishop of Buenos Aires he spoke out forcefully against abortion, euthanasia, child abuse and child trafficking, and prostitution. In October 2007, Cardinal Bergoglio presented to a gathering of clergy and laity the final edition of the Aparecida Document, a joint statement by the bishops of Latin America regarding the condition of the Church in their countries. In his address, Cardinal Bergoglio condemned abortion as “a death sentence” for unborn children. He said, “the most mentioned word in the Aparecida Document is ‘life’, because the Church is very conscious of the fact that the cheapest thing in Latin America, the thing with the lowest price, is life.”

The archbishop went on to denounce the “culture of discarding” the elderly, which he charged was widespread in Argentina. “In Argentina there is clandestine euthanasia,” he said. “Social services pay up to a certain point; if you pass it, ‘die, you are very old.’ Today, elderly people are discarded when, in reality, they are the seat of wisdom of the society.” Bergoglio asserted that the right to life does not apply only to the unborn, but to human beings at every stage of life. “The right to life,” he said, “means allowing people to live, to grow, to eat, to be educated, to be healed, and to be permitted to die with dignity.”

On all issues related to human life, the Aparecida Document calls for “Eucharistic coherence.” It states, “We should be conscious that people cannot receive Holy Communion and at the same time act or speak against the commandments, in particular when abortion, euthanasia, and other serious crimes against life and family are facilitated. This responsibility applies particularly to legislators, governors, and health professionals.”

In the same speech Bergoglio denounced child trafficking. “Many [children] are made into prostitutes and exploited,” he said. “And this happens here in Buenos Aires, in the great city of the south. Child prostitution is offered in some five star hotels, it is included in the entertainment menu, under the heading ‘Other’.” The cardinal described such abuse of children as “demographic terrorism.”

The administration of Argentine president Cristina Fernandez de Kirchner, which has had many ideological clashes with Cardinal Bergoglio, issued a statement deploring Bergoglio linking child abuse, which the government considers a crime, with abortion and euthanasia, which the government considers a matter of human rights. “The diagnosis of the Church in relation to social problems in Argentina is correct,” the statement read, “but to mix that with abortion and euthanasia, is at least a clear example of ideological malfeasance.”

In 2010, as a bill to legalize same sex marriage was heading to the Argentine Senate, Cardinal Bergoglio sent a letter to Buenos Aires’ four monasteries of cloistered Carmelite nuns, asking them to pray fervently to the Holy Family that the legislation would be defeated. “Identity is at stake,” he wrote, “and the survival of the family: father, mother and children . . . At stake is a direct rejection of God’s law, also engraved in our hearts.” The cardinal continued:


Let us not be naïve, this is not just a simple political battle; it represents an aspiration destructive to the plan of God. This is no mere legislation (it is only the instrument) but rather a maneuver by the Father of Lies who seeks to confuse and deceive the children of God. Today the country, faced with this situation, needs the special assistance of the Holy Spirit who shines the light of truth amidst the darkness of error, we need the Divine Advocate to defend us against the enchantment of such sophistry by which they try to justify this legislation and to confuse and deceive people of good will. 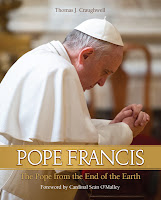 Excerpted from Thomas J. Craughwell's new book, Pope Francis: The Pope From the End of the Earth, published in 2013 by Saint Benedict Press (800-437-5876 or www.saintbenedictpress.com).

Professor Craughwell is the author of more than two dozen published works. Among them are his highly acclaimed Saints Behaving Badly (Doubleday, 2006) and Saints Preserved: An Encyclopedia of Relics (Image, 2011). His book, Stealing Lincoln’s Body (Harvard University Press, 2007), has been adapted into a History Channel documentary. Professor Craughwell has appeared on EWTN, CNN, and Ave Maria radio to discuss saints, the canonization process, and Catholic history. He writes out of his home in Bethel, Connecticut.