The world is still waiting for the Vatican's verdict on Medjugorje 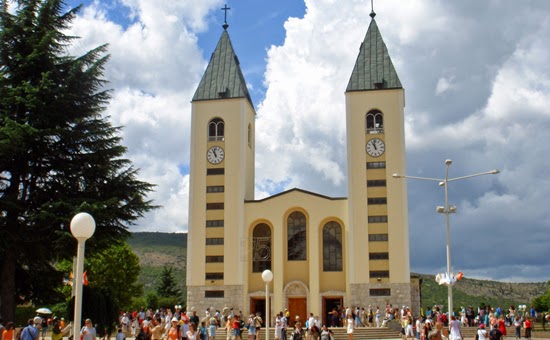 By Matteo Albertini and Chris Deliso

Excerpted from The Vatican's Challenges in the Balkans

Potentially still the most relevant aspect of the Medjugorje issue remains the final opinion of both the Yugoslav officials and local priests in the late 1980s; that the verisimilitude of the Marian miracles was a ‘matter of personal belief,’ and not something that could be definitively decided. For precisely the same earthly economic interests as prevailed in 1980’s Yugoslavia, we expect the Vatican to reach a similarly vague answer when it releases its final report on the matter. 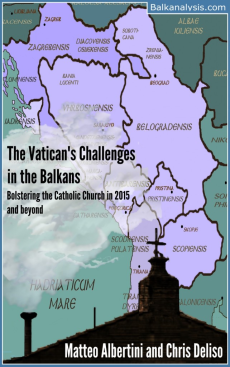 The continuous controversy of the site, and its existential value to the remaining Croat minority in Bosnia, meant that the Vatican had to speak out definitively on the enigma. And indeed, a litany of additional claimed miracles, charlatans and public satire has over the years has adversely affected public perception of the Church and the site itself. In 2005, Cardinal Bertone, who led the committee created by Pope John Paul II on Medjugorje, said that ‘nothing was certain’ about the case yet, according to Corriere della Sera. This is essentially where the situation remained, as of January 2015.

In Italian society, opinions regarding the Bosnian pilgrimage site have been ambivalent at best. Generally, the ‘miracles of Medjugorje’ are kept alive on television programs and other media by a handful of dedicated journalists, and some local priests in provincial areas. However, most Italian churchmen tend to take a more dubious view. Local figures of influence are aware, as Cardinal Puljić noted – way back in 2004 – that “the reported apparitions of Medjugorje have become a source of division in the Church,” reported one Catholic website.

Six years later, an official investigative commission was formed, and Cardinal Puljić was naturally selected to serve on it. The Committee worked through 2013 and, in January 2014, the Bosnian cardinal announced that Pope Francis had received the report, and would rule on Medjugorje by the end of the year. However, as of January 2015, the world was still waiting for the Vatican’s verdict.

Catholic Fire had earlier reported that “granting Medjugorje shrine status or not is a part of the recommendations that the Vatican Commission on Medjugorje handed over to the Congregation for the Doctrine of the Faith (CDF).” The Bosnian Cardinal in January 2014 added the familiar line that, pending a result, “pilgrims are still free to visit Medjugorje.” This is in the spirit of continuing “what has been status quo since the bishops of then-Yugoslavia decided so in April 1991.”

Nevertheless, the financial and cultural value of Medjugorje to the Croats of Bosnia in particular, and to the Church’s ‘pilgrimage map’ in the Balkans in general, make it highly unlikely that the Vatican report will categorically denounce the happenings at Medjugorje as a fraud or delusion. What we are likely to see is a measured and moderate report that leaves the door open for independent belief, while refraining from making a definitive judgment. This is what is known as a diplomatic solution.

Cardinal Puljić’s summary of the Vatican view is probably a good indicator of the kind of guarded language we should expect to see in the pope’s anticipated verdict. “The Commission is not opposed to Medjugorje as a place of faith where faithful pilgrims gather,” Cardinal Puljić stated.

This excerpt was taken from from The Vatican's Challenges in the Balkans by Matteo Albertini and Chris Deliso. Used by permission. Visit www.balkanalysis.com/vatican for more information.