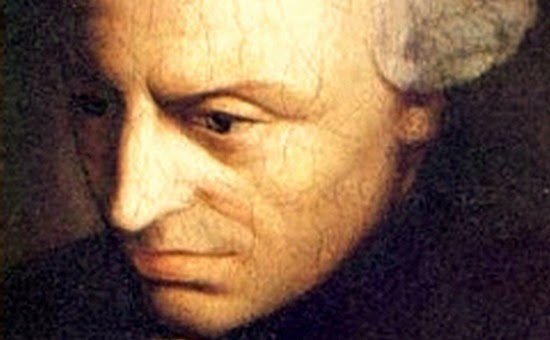 Many atheists and agnostics today insistently argue that it is altogether possible for non-believers in God to be morally upright. They resent the implication that the denial of God will lead inevitably to complete ethical relativism or nihilism. And they are quick to point out examples of non-religious people who are models of kindness, compassion, justice, etc. In point of fact, a recent article has proposed that non-believers are actually, on average, more morally praiseworthy than religious people. In this context, I recall Christopher Hitchens remark that, all things considered, he would be more frightened of a group of people coming from a religious meeting than a group coming from a rock concert or home from a night on the town. God knows (pun intended) that during the last twenty years we’ve seen plenty of evidence from around the world of the godly behaving very badly indeed.

Though I could quarrel with a number of elements within this construal of things, I would actually gladly concede the major point that it is altogether possible for atheists and agnostics to be morally good. The classical Greek and Roman formulators of the theory of the virtues were certainly not believers in the Biblical God, and many of their neo-pagan successors today do indeed exhibit fine moral qualities. What I should like to do, however, is to use this controversy as a springboard to make a larger point, namely that Christianity is not primarily about ethics, about “being a nice person” or, to use Flannery O’Connor’s wry formula, “having a heart of gold.” The moment Christians grant that Christianity’s ultimate purpose is to make us ethically better people, they cannot convincingly defend against the insinuation that, if some other system makes human beings just as good or better, Christianity has lost its raison d’etre.

Much of the confusion on this score can be traced to the influence of Immanuel Kant, especially his seminal text Religion Within the Limits of Reason Alone. Like so many of his Enlightenment era confreres, Kant was impatient with the claims of the revealed religions. He saw them as unverifiable and finally irrational assertions that could be defended, not through reason, but only through violence. Do you see how much of the “New Atheism” of the post-September 11th era is conditioned by a similar suspicion? Accordingly, he argued that, at its best, religion is not about dogma or doctrine or liturgy but about ethics. In the measure that the Scriptures, prayer, and belief make one morally good, they are admissible, but in the measure that they lead to moral corruption, they should be dispensed with. As religious people mature, Kant felt, they would naturally let those relatively extrinsic practices and convictions fall to the side and would embrace the ethical core of their belief systems. Kant’s army of disciples today include such figures as John Shelby Spong, John Dominic Crossan, James Carroll, Bart Ehrman, and the late Marcus Borg, all of whom think that Christianity ought to be de-supernaturalized and re-presented as essentially a program of inclusion and social justice.

The problem with this Kantianism both old and new is that it runs dramatically counter to the witness of the first Christians, who were concerned, above all, not with an ethical program but with the explosive emergence of a new world. The letters of St. Paul, which are the earliest Christian texts we have, are particularly instructive on this score. One can find “ethics” in the writings of Paul, but one would be hard pressed indeed to say that the principal theme of Romans, Galatians, Philippians, or first and second Corinthians is the laying out of a moral vision. The central motif of all of those letters is in fact Jesus Christ risen from the dead. For Paul, the resurrection of Jesus is the sign that the world as we know it—a world marked by death and the fear of death—is evanescing and that a new order of things is emerging. This is why he tells the Corinthians “the time is running out” and “the world in its present form is passing away;” this is why he tells the Philippians that everything he once held to be of central importance he now considers as so much rubbish; this is why he tells the Romans that they are not justified by their own moral achievements but through the grace of Jesus Christ; and this is why he tells the Galatians that neither circumcision nor uncircumcision means anything; what counts is the “new creation.” The new creation is shorthand for the overturning of the old world and the emergence of a new order through the resurrection of Jesus, the “first fruits of those who have fallen asleep.”

The inaugural speech of Jesus, as reported in the Gospel of Mark, commences with the announcement of the kingdom of God and then the exhortation to “repent and believe the good news.” We tend automatically to interpret repentance as a summons to moral conversion, but the Greek word that Mark employs is metanoiete, which means literally, “go beyond the mind you have.” On Mark’s telling, Jesus is urging his listeners to change their way of thinking so as to see the new world that is coming into existence. It is indeed the case that Buddhists, Hindus, Christians, Muslims, Jews, atheists, and agnostics can all be “good people.” In terms of what we privilege today, they can all be tolerant, inclusive, and just. But only Christians witness to an earthquake that has shaken the foundations of the world and turned every expectation upside down. A key to the new evangelization is the rediscovery of this revolutionary message.